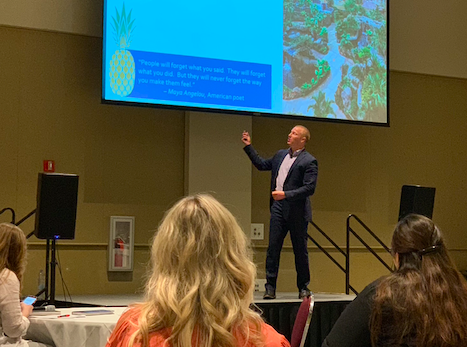 They’re usually ―the best, the ―winners, and deserving of the title.

They didn’t get there alone. Often, champions had a coach, a mentor, a leader, supporters, advocates, and they had champions encouraging them along the way.

Look up the word champion: (champ · pi · on) – on MerriamWebster.com and the number one noun definition reads, ―Warrior, fighter.

One verb definition reads, ― To act as militant supporter of…

Champions become so special because of all the championing they got along the way.

Think how awesome you would be if you literally had warriors and fighters, actively and uncompromisingly supporting you.

Better yet, how awesome would you and I be, if we were the ones championing?

What if we were the coaches, mentors, leaders, supporters, and advocates who ultimately inspired that special someone at work to reach for the stars, diligently dream their dreams, realize their full potential, and/or help them become the person they were created to be?

Champions and advocates are special.

Be that person to champion others, with an attitude of an advocate.

Your heart will be so full of grace and gratefulness it literally won’t have room left for anything but positive thoughts, words of encouragement, and acts of kindness for those you lead.

I Think vs. What Do You Think?

A True Story About Importance