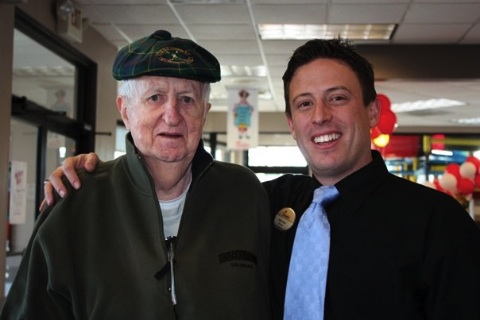 FRED Friday…Mr. Dunn, the Chick-fil-A FRED
(Special Capitalize on Life Experiences Edition of FRED Friday)
In The Fred Factor, Mark Sanborn, says that one of the ways we can all become more Fred-like is to “reinvent yourself regularly”.  One way to do that, he says, is to “capitalize on life experiences”.
From The Fred Factor…Chapter 7 – Reinvent Yourself Regularly:
Capitalize on Your Life Experiences
If you want to reinvent yourself and improve for the future, spend some time reflecting on the past.  What are the most important lessons you’ve learned?  What did you once deeply desire to accomplish that you never attempted?  Which people most shaped your life, and what did you learn from them?  Whom do you admire the most?  Which of their skills and characteristics would you like to develop in your life?
One of my best friends, Matt Olsen, often reflects on one life experience that left quite an impression on him.  When he worked for a Chick-fil-A just outside of Atlanta, GA back in 2008, he met a Fred…a customer…a Guest by the name of Mr. Thomas Dunn.
Matt and I talk about Mr. Dunn quite often.  We love these Fred stories, and we particularly love this one.  Matt, being the ever-supportive best friend that he is, follows the OneMoreStepRevolution blog regularly…we share the same passion for making magic for people and going OneMoreStep whenever possible (hey…you can take the boys out of Disney, but you can’t take the Disney out of the boys)
Matt called me earlier this week and wanted to share his story of Mr. Dunn for a special Capitalize on Your Life Experiences edition of FRED Friday…so please welcome Matthew Glenn Olsen to the tee box.
Enjoy his story about how he turned routine transactions into a meaningful relationship with Mr. Dunn.
Meet Mr. Thomas Dunn.
In 2008 I had the pleasure of working side by side my college roommate, Chris Darley, while opening a new Chick-fil-A in Marietta, GA (just outside Atlanta).
To this day I can’t thank him enough for allowing me to join him in that venture.  During my time there I learned a great deal about myself, Guest service, being a steward, and the power of positive leadership.
While at Chick-fil-A I met one of our “raving fans”, Mr. Thomas Dunn.  He would come in for breakfast every morning – Monday to Friday, rain or shine.  He was always there.  Within the first few months I noticed all of my fellow team members would meet Mr. Dunn with a friendly greeting and smile on a daily basis.
Over time I started to get to know Mr. Dunn, as we would chat over breakfast (“my break”) every morning.  Each morning I always looked forward to his visits.  I’d sit down with him as he enjoyed his coffee (with two hazelnut creamers and either a Cinnamon cluster or some Chick-fil-A Chick-N-Minis).
He is such an experienced, wise man and shared many stories with me about his life, his wife, and his family.  We would talk about what was going on each day, plans for the week/weekend, each other’s trials and tribulations, life in general, and most of all…golf.   Golf was our one piece of common ground; we both have true passion and love for the game.
In 2009 I left the Chick-fil-A store to pursue a career in another industry, and I relocated back to Orlando, Fl…home base.  I met with Mr. Dunn for breakfast on one of my last days in the Atlanta area, and he had a present for me.  As I stated before we both loved the game of golf.  The present he gave me was a golf ball from the Old Course at St. Andrews, which is the oldest golf course in the world (established in 1552 in Scotland).  He also gave me a pencil that says “St. Andrews” on it, which he used when he played a round at the storied course several years ago. 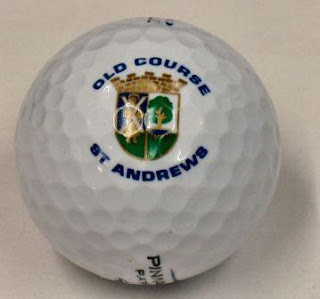 While these gifts may not seem like they mean anything, they do to me.  You see Mr. Dunn knew I would love them.  He had listened during our conversations.  He clearly set out to create a little bit of magic for me…he truly went OneMoreStep.  St. Andrews is one course on my “bucket list” that I want to play some day, and Mr. Dunn doesn’t know this, but when I do, I plan on using the pencil he gave me.
At Chick-fil-A, they encourage all team members to deliver what we called “Second Mile Service.”  The concept of going the second mile comes from the book of Matthew in the Bible. Jesus says, “If anyone forces you to go one mile, go with them two miles” (Matthew 5:41).  My faith is very important to me, so naturally I loved this part of the Chick-fil-A culture.  I tried to live it and breathe it everyday.  It’s the same idea as going OneMoreStep…as Taylor always talks about.
As weeks and months passed by after I left the store, I started to realize how much Mr. Dunn was showing me “second mile service” during my entire tenure at Chick-fil-A, and he’s continued to go OneMoreStep ever since.  Mr. Dunn started calling me on a regular basis, even after I left Atlanta.  He would simply call to “check-in” and see how things were going.
Here we are, three years later, and we still talk once a month to catch up.  He always asks how my parents are doing (they came to visit me at the store one day and met Mr. Dunn, yet he still asks how they are doing during every single phone call). He always ends our phone calls by saying, “Matt, I pray and think of you often and please call me if you ever need anything.”
To this day, Mr. Dunn still shows and exhibits his own “second mile service” and goes OneM
oreStep as he continues to seek out ways to create value as he often brightens my day with his ever compassionate, genuinely interested phone calls to “see how I’m doing”.
I’m honored and privileged to have met to Mr. Dunn when I lived in Atlanta, but the coolest part is that even after three years, I can still call him a friend.
Thanks Mr. Dunn for being a “Raving Fan” of Chick-fil-A.  I thought I was serving you, but you were teaching me then and you continue to teach me now – how to make relationships through giving “Second Mile Service” and how to create magic by going OneMoreStep.
As they say at Chick-fil-A, “Eat Mor Chikin”… 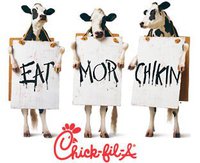 LIFE…it’s what we make it 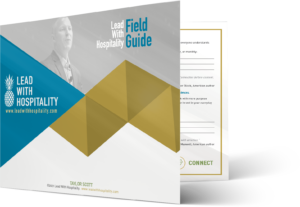