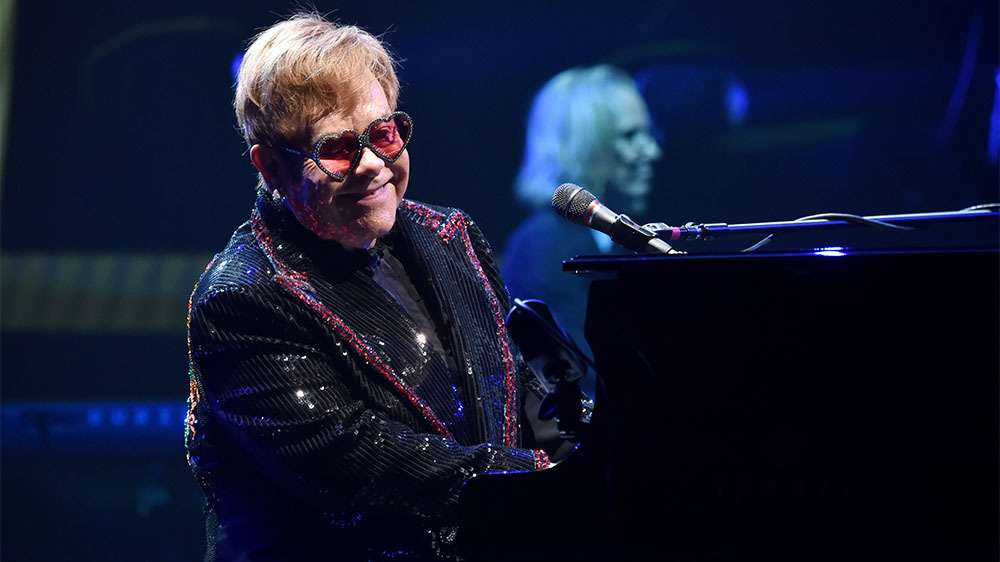 Five Reasons Every Leader Needs to Listen to Elton John

My parents raised me with a nice balance of tough love and fun-loving experiences.  One thing we always had growing up – whether it was a car ride to school, going out to dinner, setting sail on a road trip, or simply hosting a mid-summer family gathering – was music.

My dad has seen Elton John live, in concert, in the 70’s, 80’s, 90’s, early 2000’s, and the 2010’s. That’s five decades of musical inspiration, and I’ve been around for four of them.  Recently my parents delivered yet another fun-loving experience for my wife and me, celebrating our third wedding anniversary with a trip to see Elton John’s “Farewell Yellow Brick Road” Tour in Las Vegas.

Beyond his ability to masterfully combine Bernie Taupin’s unconventional lyrics with unparalleled artistry as a musician, Elton John, the person, is worth following.

During the show, I realized five reasons every leader should listen to Elton John if they, too, would like to become a leader worth following.

Elton grew up in England with nothing, and the “chips of life” were stacked against him.  Yet he dreamed, and he still dreams today.  He dreamed of doing what he loved, exactly how he wanted to do it.  Without those dreams, who knows where Elton’s life would have become.  It’s scary to think who he’d be today without the very dreams that inspired him to become his best self.

Leaders need dreams.  In fact, the best leaders are also the best dreamers.  Dreams turn into reality for believers, and believers are inspired to do what it takes to become successful.  It’s our vision which drives us more than anything else.  The more you dream, the clearer your vision becomes.  With a clear vision, our dreams become our game plans.

Elton did it.  In fact, he’s still doing it, on a three-year farewell tour, thanking his fans, supporters, and advocates for showing him support all these years.  Though it may have taken a series of false starts, he certainly found his stride.  Depression, addiction, adversity, hate, and even corporate greed did their best to keep Elton down.  It hasn’t been easy, nor has it been filled with 100% perfection 100% of the time.  Elton John found a way to overcome the very adversity that shaped who he has become.  Aside from his music, this makes him well-respected in a wide range of diverse communities, all over the world.

Leaders need to do what they say they’re going to do.  Otherwise, they’ll never gain respect and credibility among those they lead. When leaders walk their talk, overcoming adversity and delivering on their promises, people simply line up to follow them, work for them, and champion their cause.

Elton connects people of all ages, backgrounds, socioeconomic statuses, ethnicities, and lifestyles.  T-Mobile Arena on September 7th, 2019 was filled with people representing diverse subsets of all of the above categories.  In my row, alone, a young woman to my left was born in the 90’s.  I was born in the late 70’s, my wife was born in the mid-80’s, and my parents were born in the mid-50’s.  Despite the generational, demographic, and psychographic differences in the crowd, Elton brought everyone together.  He did it with connection.  He had a job to do that night, as an entertainer, but he engaged as much as he entertained throughout the two hours and forty-two-minute show.  He told stories of success, failure, joy, and inspiration.  It turns out, storytelling is generation-agnostic, because the more stories he told, the more connected the diverse crowd became.

Leaders certainly have many jobs to do.  Perhaps among them, the biggest job for leaders in Corporate America today is to connect multi-generational workforces and teams.  When leaders tell stories of their own past – successes and failures – others are inspired to share their stories.  Therein lies the magic of connection.  Stories connect people to people and people to new ideas for the future, regardless of their age, demographic, or socioeconomic status.  Great leaders are storytellers because they realize the power of connection.

Elton gives of himself, his treasures, and his talents.  It was his brief monologue leading into his song, Believe, which initially sparked the inspiration for this blog post.  Elton told a quick story of the moment he realized the infinite power of love, kindness, and compassion.  It was when he finally overcame his battle with addiction and substance abuse.  When he finally got clean, he was truly inspired by the love he received throughout his recovery process.  He started a foundation to address the world-wide AIDS epidemic, head on.  Over the years, decades in fact, since the inception of his enormous philanthropic endeavor, The Elton John AIDS Foundation, he’s helped raise over $450 Million for AIDS and HIV research.

Leaders have to give of themselves before others will give of themselves.  When leaders invest time in teaching others, giving their own talents and treasures to the greater good of their own team, organization, or community, it’s contagious.  The more leaders give, the more others will give.  Kindness is unexpected, which is what makes it so special.  Kind leaders are the most inspiring leaders because of what they give, not because of what they say or do.

Elton is not perfect.  He admits it, openly.  So much so, he let Hollywood writers and all of us into his past and the very fabric of what makes him, him, with the film about his life, Rocket Man.  Elton’s celebrity status is perhaps at its highest point in his storied career.  It has taken these past five decades to get to this point, and he knows the sacrifice which definitely proceeded the success.  He could go on, selling out arenas, creating new music, and bringing in money hand over fist.

However, he knows it is time to go home to his family.  He’s as much, Elton, the father, husband, and human being as he is Elton John, the artist.  Just like you and me.  His goal now is to spend as much time as he can with his children and loved ones at home; and perhaps gain a little “piece of mind his daddy never had.”  More than the amazing music, crazy lyrics, inspiring performances, and fabulous outfits, this is perhaps Elton’s most attractive and finest hour; simply because for once, he’s human.

Leaders become more attractive and inspiring when they realize it’s okay to not be okay, leaning into their humanness.  Far too often, leaders think they must be perfect or come across superhuman in the eyes of those they lead.  In reality, it’s a leader’s humanness which makes them more relatable. The best leaders relate to people on a human level before taking them to the next level.

I’ve been listening to Elton John songs for as long as I can remember. I’ve known the words to Levon, Tiny Dancer, and Goodbye Yellow Brick Road since First or Second Grade. However, this past Saturday night at T-Mobile Arena, I listened to Elton John, the human being, connect with his audience in between the songs.

The more humanness he showed, the more I listened. The more I heard him speak from the heart, the more I believed what he was saying. In that moment I realized every leader, all of us, need to listen to Elton John. He’s been there, done that, been through Hell, and back again. He speaks from the heart, and leaders should do the same.

Here’s why I posted this on September 11th, an emotional day for everyone:

September 11th hits everyone in different ways, but one thing we all have in common is that it hits us. Memories of where we were, victims we knew, stories of others impacted or affected…it all comes rushing back on this day.

One thing I also remember about this day in 2001 was the amazing, awe-inspiring, and incredible outpouring of love, kindness, and compassion. We clung tightly to whomever we shared those moments with during and in the weeks following. We thought about life differently, and we appreciated what we had, who we had, and how we lived much more than we did prior to September 11th.

I was on an internship at Walt Disney World, following my college graduation on September 11th, 2001. I, personally, lowered the flag to half-staff at Disney’s Contemporary Resort that morning and then consoled cast members from New York as they waited to get in touch with family, friends, and loved ones. My roommates, friends, and acquaintances at that time quickly became my best friends, brothers, and to this day, we’re just like family. You have similar stories and similar relationships, to this day, because of those events.

It’s because those events on 9/11 caused us to think about life differently, and most importantly we thought about the undying, never-ending, incredible power of love, kindness, and compassion much, much differently.

Never forget 9/11, and never forget the power of love, kindness, and compassion in life and in leadership.

This week, I’m actually in NYC, speaking at an event. It’s unrelated to 9/11, but everyone will be thinking about it. I certainly am, as my hotel room overlooks the 9/11 memorial. All I can do is lead with love, and give them as much of me as I can.