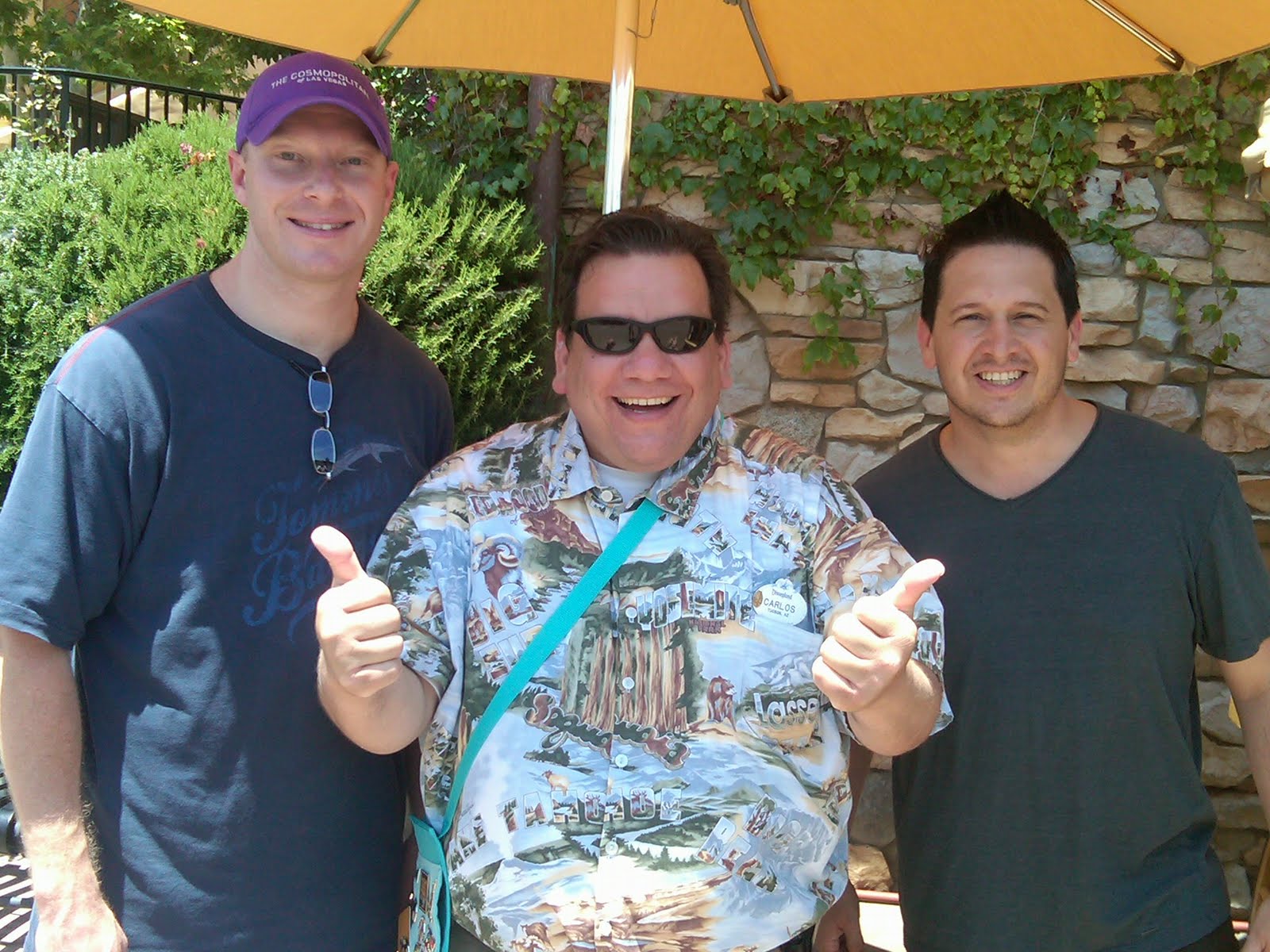 FRED Friday…Meet Carlos, the Disneyland Fred
This past weekend I enjoyed a quick, 36-hour mini retreat to Southern California to visit one of my best friends, Sonny Ritacca, and to escape the Las Vegas summer heat.
My goals were to see the ocean and Mickey Mouse…in that order.  Mission Accomplished.  Sonny and I had a great couple of days, enjoying each other’s company, the California weather, and of course some long overdue Disney MAGIC.
The idea was to experience Americana at its finest…Main Street U.S.A., at Disneyland, an American institution…on the Fourth of July.  Short of being on the mall in the District of Columbia or in New York City…it doesn’t get any more American than that.
Plus…Sonny and I, having met exactly ten years ago at the Walt Disney World ® Resort while on summer internships, have an absolute passion for the Walt Disney Company to this day.  We love it.  We love the brand, the theme parks, the resorts, the stories, the memories, and we especially love good old fashioned Disney MAGIC. 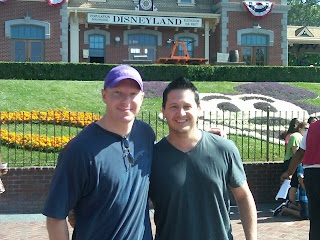 A FRED Sighting…
As we strolled through Disney’s California Adventure, we passed by a Disney/Pixar CARS area in which Guests could have their picture taken next to Lightning McQueen.  I was pointing Lightning McQueen out to Sonny when we heard a CastMember by the name of Carlos say, “hi there fellas…did you want to get your picture taken with Lightning McQueen?”
Sonny and I smiled, looked at one another…we both sensed Fred-like potential from Carlos.  Our intuition was correct.  Carlos, a merchandise Cast Member working a Cars merchandise stand directly across from the Lightning McQueen photo op area, went OneMoreStep after he initially opened up the conversation…he engaged further…
“This is Disneyland…everybody can be a kid here…forget about work for a while…Are you guys having fun?  Is this your first time here?  Where are you from?”  Carlos further engaged with a charismatic, interested tone from the start.
I told him that we were big Disney fans and that both Sonny and I had been to the Disneyland ® Resort as well as the Walt Disney World ® Resort quite a bit.
Carlos then went OneMoreStep…he engaged even further, “Well, then…do you know the secret to spicing up a couple of our most popular attractions?  Let me give you a couple tips…” He spoke with such passion and conviction in his voice, again genuinely interested in making magic for us.  He continued:
“…Okay, so when you go on Hollywood Tower of Terror, make sure you sit in the middle row – row #5 I believe it is – sit in the very middle seats in that row, and as you go up in the elevator car, just before it drops, pick up your feet and raise your knees up towards your chest…you’ll fly right out of the seat as it drops, and it’s just an unbelievable ride…it really makes it so much better.  Try it.  You’ll love it…”
Sonny and I found ourselves wrapped up in this conversation now…totally giving this some thought.  This seemed like it could be way fun and quite the rush.
Carlos wasn’t finished!  He went OneMoreStep…
“So that’s one…ya gotta do that on Hollywood Tower of Terror.  Now…when you go back over to Disneyland, go on Big Thunder Mountain Railroad…on the second hill, there’s a spiral-like turn on the way down…off to the side you’ll see a goat.  Fix your eyes on that goat the entire way down the hill as you spiral around, and make sure you look at the goat the entire time…you’ll experience a very cool g-force effect.  You’ll love this one too.  That way, since you’ve already done these attractions a million times, if you do these tricks on them today, you’ll have a new experience.  I promise, you’ll love it.”
Sonny and I thanked Carlos and gave him a quick high-five as he wished us a “magical day”, which of course I loved.  As we walked away, Sonny and I were all smiles.  We not only had a couple cool stories we could tell others about these two attractions, but we were both taken aback by the fact that Carlos had just taken a completely ordinary moment, in frankly a rather ordinary area of the park (relatively speaking), and turned it into one of the coolest experiences of the day. 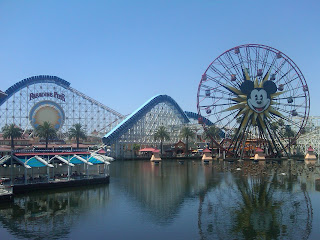 We went on multi-million dollar attractions and roller coasters that day.  We walked down the storied Main Street U.S.A. on the Fourth of July at the original, the one and only Disneyland.  We saw one of the best live theatrical performances I’ve ever seen at a Disney theme park, Disney’s Aladdin – A Musical Spectacular (really a fantastic show…very impressive).
However, we couldn’t stop talking about Carlos and how he created a moment, an experience, and truly made a positive difference out of thin air…and it didn’t cost a penny.  We didn’t even go back and actually ride the attractions with the tricks Carlos taught us.  The five minutes with Carlos was cool enough in itself.  It was the thought and the passion with which he delivered his suggestions that made the real impact.  That’s what Fred’s do.  They create value by simply choosing to do so, with what they have.  They create art and flat out make magic.
Carlos proved that no matter what our role, regardless of how ‘significant’ it appears to be, anyone and everyone can make a difference.  It’s up to us what kind of difference we make and how we choose to perform our roles.  Carlos could have very easily mailed it in…a holiday…88 degrees in the shade…it was a boring time in the mid-morning, an hour after the park had opened…a “boring job…selling boring Cars merchandise”.  Instead, he chose to make a positive difference just like Fred.
Page 9 of The Fred Factor…
Mark Sanborn talks about Fred Principle #1 – Everyone Makes a Difference:
“…Where others might have seen delivering mail as monotonous drudgery, Fred saw an opportunity to make the lives of his customers more enjoyable.  He chose to make a positive difference.”
It’s amazing how every single time the difference between the ordinary and extraordinary is just One…MORE…Step; just that little something extra.
When you think your role isn’t significant enough, you don’t get paid enough, and what you do doesn’t matter…Go OneMoreStep…think about Carlos and the value he created just by being himself.
If he can do it, so can we…
Thanks Carlos, for making magic.  Your approach to your role in the show is just the way Walt would have wanted it.  Keep being you.
See ya real soon…
Taylor
(Wondering what I mean by a FRED?  My favorite book, The Fred Factor, written by Mark Sanborn, tells the story of how an ordinary man, in an ordinary job as a postman goes OneMoreStep after OneMoreStep to make magic for his customers.  See the explanation of what I mean when I say “a FRED” on the original FRED Friday post http://goonemorestep.blogspot.com/2011/03/fred-friday.html)
Related posts…Meet other FREDS:
FRED Friday…Meet Captain Melanie

LIFE…it’s what we make it