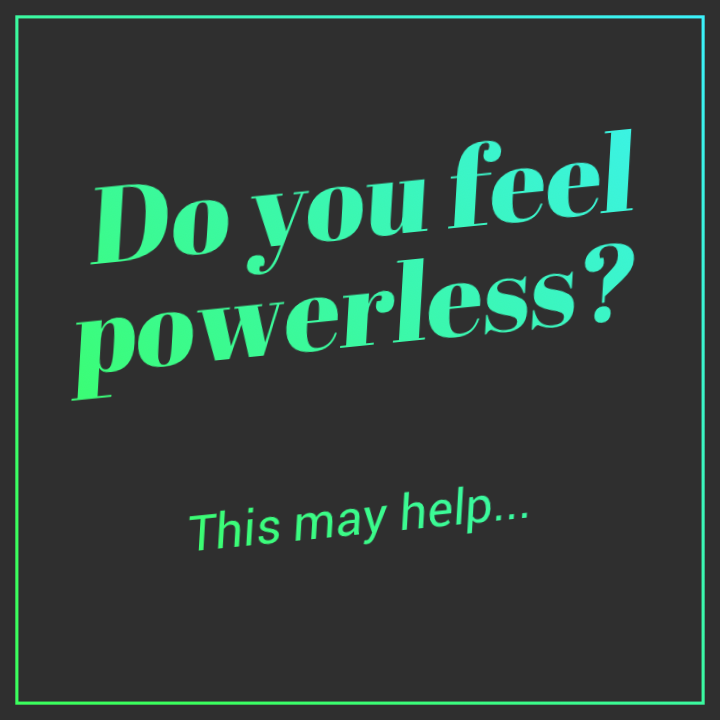 Do You Feel Powerless? This May Help.

I often ask front line and middle managers what they wish they learned how to do better, earlier in their careers.

One of the most popular answers to my question is:

“I wish someone taught me how to lead through influence.”

Early in our leadership journey, we realize leadership is more about influence than control.

While it may seem like Directors and Vice Presidents are magically anointed with the “power” to make people do what they want them to do, that’s simply not the case.  In fact, senior leaders at the executive level will be the first to admit, title alone is rarely enough to move people to move.

In order to keep things moving in the right direction, some days we may need to influence our own leaders, other days we realize it’s our peers we need to influence, and our own teams will always be the people whom we influence the most.

So, what’s the first step in leading through influence?

Whether it’s a boss, coworker, or employee; or even a guest, customer, or client, accepting people for who they are as opposed to who we need them to be, is the foundation of influence.

To influence is to fundamentally change someone’s mind or change their heart, which in turn changes their behavior.

It’s impossible to influence anyone to do anything without a genuine connection.

Humans have a funny way of sensing whether or not they’re accepted.  When we don’t feel accepted, what do most of us do?  We distance ourselves from whomever we believe doesn’t accept us.

Unless or until leaders decide to accept people for who they are, few people will feel connected to them. Without connection, the leader has no followers.  Without followers, the leader has zero influence on the very progress they’ve been entrusted to lead.

On the other hand, when people feel accepted, they relax, feel more confident in themselves, and they begin to open up.  As they open up, meaningful conversations begin to take place more frequently.  Conversations lead to strong connections.

Conversations are the foundation to connection.

Connection is the gateway to influence.

The ability to influence sparks action.

Purposeful action produces results, and because of our connections, trusting relationships form along the way.

But this all starts with acceptance.

So, do you feel powerless where you work?

If so, just accept.

Do you still feel powerless?

If you’re capable of accepting, then you have the ability to influence.

When you’re able to influence, you may have more power than you think.

(Acceptance.  It’s such a powerful thing.)

Does Your Team Feel Welcome?