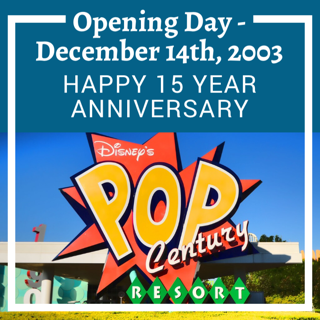 Once I had just transitioned from hotel operations leadership roles to become a leader in sales  and marketing for Walt Disney Parks and Resorts.  It was around the holidays and a former colleague in operations invited me as her guest to the holiday party at Disney’s Pop Century Resort, where I had worked on the grand opening team in 2003 / 2004 prior to my transition.  I remember being about three months into my new role in Sales and Marketing, and I was still uncomfortable.  It was all new to me, and I was in learning mode.

At the holiday party, I ran into my former General Manager of Disney’s Pop Century Resort.  His name was Dave Vermeulen, whose career started selling popcorn on Main Street USA at Disneyland in 1965 (that’s just ten years after Walt opened the doors in 1955!) and over the course of the next forty-eight years, he’d go on to lead teams in Disney theme parks and resorts all over the world, slowly but surely moving up along the way.

He asked me how things were going in my new role.  He was as interested in me as ever though I no longer worked in his organization.  I told him I was a bit uneasy still, as it’s a whole new world over in Sales and Marketing.

He looked me right in the eye, put his hand on my shoulder, and simply reminded me of all I’d accomplished up to that point.  He reminded me that while I’d never worked in Sales or Marketing before, I’d led teams of people in multiple lines of business in hotel operations.  He reminded me that the same skills, talents,and abilities which enabled me to perform as a leader earlier in my career would also be put to use in my new role.

Sure, it was a very simple concept and message, but I’ll never forget how encouraged I was that night, especially at a time when I felt so uncomfortable in my new role.

I vividly recall rolling into work the following Monday morning with a brand-new mindset and newfound confidence, because I’d been reminded of my accomplishments, capabilities and potential.

I’ve kept tabs on Dave’s career since those days back in the early 2000’s.  It’s no surprise Disney tapped him on the shoulder to lead the entire Resort Operations line of business for the opening of Hong Kong Disneyland for three years and then to close out his career, he was the Vice President and Executive Managing Director of Walt DisneyAttractions – Japan.  Since 2013, even in retirement, Disney is still requesting Dave’s leadership on a contract basis as he supports Disney Parks & Resorts Asia in an “emeritus” role.

Clearly encouraging people, leading with hospitality over a lifetime of varying roles got him noticed and selected.  I’m glad I was lucky enough to be one of those up and comers to whom Dave gave his heart and soul.  He changed my way of thinking, believing, and leading for the rest of my career with his simple, but heartfelt words of encouragement.  Now I’m inspired to inspire others to do the same.

Encourage your teams by reminding them of what they’ve accomplished as well as the incredible potential within them.  They’ll feel encouraged, comforted in perhaps an uncomfortable time, and without a doubt, will become more confident as they go forth, delivering for you and your team.

As leaders, we should all remember, our teams will ALWAYS REMEMBER WHEN we encourage them.  Always.

Thanks to Dave Vermeulen and our entire Opening Team Cast back in 2003, for the inspiration then which continues to provide encouragement now.

Regardless of the Season, You Never Look Bad Making Somebody Else Look Good